Seven Signs That Your Child Could Have ADHD 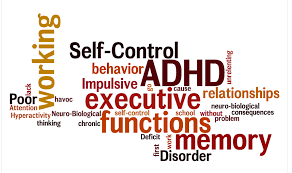 ADHD (or attention deficit hyperactivity disorder) is a complicated issue that can affect a person's ability to function in a variety of success in school and with interpersonal relationships. Usually, the disorder is diagnosed by the time a child reaches their teenage years. There are some unmistakable symptoms of the disorder and others that are hard to decipher. Either way, being aware of them can help you know what to keep an eye out for. Here are seven signs that your child could have it.
STORY LINK:http://ppcorn.com/us/2016/04/10/adhd-7-signs-child/

Dr. Janet Lintala is the Author "The Un-Prescription for Autism: A Natural Approach for a Calmer, Happier, and More Focused Child" and the Founder of Autism Health, Pllc. (http://www.loveautismhealth.com). Janet is also the mother of three boys with a variety of issues such as Asperger syndrome, Tourette disorder, OCD, anxiety and ADHD.  Janet has a B.S. in Genetics, and graduated as a Doctor of Chiropractic, Salutatorian, summa cum laude, from The National University of Health Sciences. She completed two Mentorships at the RIMLAND Center under Dr. Elizabeth Mumper, M.D., the former Medical Director of The Autism Research Institute.
Link to Janet's book:
http://www.amazon.com/The-Un-Prescription-Autism-Natural-Approach/dp/0814436633

Popular posts from this blog

Healthy Snacks For Parents During The Holidays 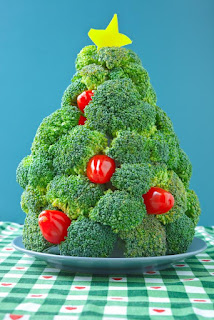 The holidays are a wonderful time that brings together family and friends to celebrate.  However, it can also be a challenging time for our healthy lifestyle goals. Food is often at the centre of our celebrations and gatherings make treats and snacks readily available. So how can we as parents, continue with our healthy living goals over the holidays? One way is to plan for and choose healthy snacks as much as possible, while also allowing room for enjoying smaller portions of our favourite holiday foods.   Here are some healthy snack options and suggestions to keep you on track from dietitians: Keep it simple: sliced fruit and vegetables are excellent snacks packed with nutrients and fibre to help keep you full and satisfied. Tip: plain yogurt (mix in a small amount of ranch dressing for extra flavour), hummus, and salsas are tasty and satisfying vegetable dip options. For a healthy fruit dip try mixing plain yogurt with mashed berries and a bit of honey to sw
Read more 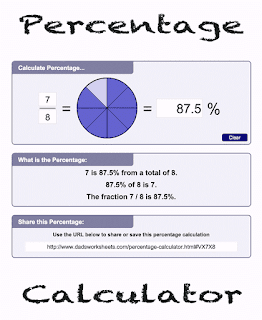 Dadsworksheets recently created two useful tools to help teachers, students, and parents for solving different fraction and percentage math problems. http://www.dadsworksheets.com/fraction-calculator.html http://www.dadsworksheets.com/percentage-calculator.html The first link hosts a fraction calculator that can perform addition, subtraction multiplication or division of two fractions. Simply enter the values directly into the corresponding locations and the answer will be updated in real time. A visualization of the operand fractions is also shown to illustrate the answers. The second link is an online percentage calculator that shows how a percentage is represented as a fraction of a number. Simply enter the values and the calculator will calculate percentage value numerically, and show you the same value as represented visually.
Read more

How to Talk With Your Teen about Dating Violence

One in three 14-year-olds have been in an abusive relationship The numbers are staggering and widely unknown by most parents: one in three 14-year-olds has experienced physical, sexual or psychological abuse within a dating relationship, rising to 44 percent by the time American young people graduate from college. Teen dating violence (TDV) is a topic that parents must discuss with their children, yet many parents neglect to have this conversation because they do not believe that TDV is a widespread problem – or that it does not apply to their children. “I knew to talk with Jen about alcohol, drugs, sex and all those other parenting talks, but I never knew I had to teach her about dating violence,” said Drew Crecente, whose 18-year-old daughter was murdered by her ex-boyfriend. “I did not realize that it was such a pervasive issue at such a young age.” In fact, 81 percent of parents either do not believe that TDV is a problem – or do not know if it is a problem or not. I
Read more 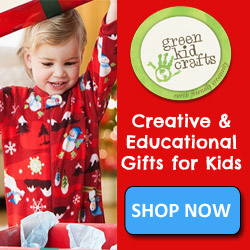