Dream Of Being An Actress? 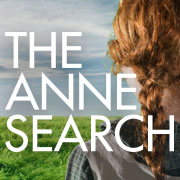 NORTHWOOD ENTERTAINMENT EMBARKS ON A WORLDWIDE SEARCH FOR THE LEADING ROLE IN “ANNE” Professional auditions have begun in Canada, U.S. and the U.K. Online auditions are now open to talent around the world Canada will be hosting open casting calls in Toronto, Vancouver, Charlottetown and Halifax.

Northwood Entertainment has begun a worldwide search to find its leading actress for the title role in the new, ongoing television series “ANNE.” Based on Lucy Maud Montgomery’s timeless classic novelAnne of Green Gables, Northwood recently announced that CBC greenlit “ANNE” with a Season One commitment of eight episodes of the adaptation. Production begins summer 2016.
The professional search is underway for the casting of “ANNE” with auditions in Canada, the U.S. and Europe by award-winning casting agents Susie Figgis (HARRY POTTER AND THE SORCERER’S STONE, ALICE IN WONDERLAND), Bernard Telsey & Co. (HAMILTON, INTO THE WOODS, GREASE LIVE!) and Stephanie Gorin (FARGO (TV SERIES), DEGRASSI: THE NEXT GENERATION).
Beginning May 7 through to May 30, the “The Anne Search”will travel across Canada conducting open casting calls in Toronto (May 7th and May 8th), Vancouver (May 14th and May 15th), Charlottetown (May 28th), and Halifax (May 29th and May 30th).
Anyone can be ANNE! If you’re an 11-14 year old girl simply SIGN UP or SHOW UP! For those enthusiasts who may want to audition and do not have a talent agent or don’t live in the cities holding open casting calls, Northwood Entertainment has created a website to upload auditions to.
Starting today, fans can go to www.theannesearch.comfor more information on the new series, how to submit an audition and more information on Canada’s open casting calls.
“ANNE” is a coming-of-age story about an outsider who against all odds and numerous challenges, fights for acceptance for her place in the world, and for love. The series centers on a young orphaned girl who, after an abusive childhood spent in orphanages and the homes of strangers, is mistakenly sent to live with an elderly spinster and her aging brother. Over time, 13 year-old Anne will transform their lives and eventually the small town in which they live, with her unique spirit, fierce intellect and brilliant imagination.
While the new series will follow a similar storyline to the book, set in 1900’s PEI, that millions of readers around the world know and love, ANNE will also chart new territory. Anne and the rest of the characters will experience new adventures reflecting timeless issues including themes of identity, sexism, bullying, prejudice, and trusting one’s self.
The adaptation is being written solely by Emmy-award winning writer Moira Walley-Beckett (BREAKING BAD, FLESH AND BONE) who will Executive Produce withMiranda de Pencier (BEGINNERS) of Northwood Entertainment.
About the casting, Moira Walley Beckett says, “I’m very excited about this search! I’m looking for an ANNE who is contemporary: smart, quirky, fierce and spirited, but also insecure and wildly emotional. ANNE is mercurial and complicated. I can’t wait to fall in love with an auditioning actress and say “that’s my ANNE!”
Producer, Miranda de Pencier adds, “Everybody loves Lucy Maud Montgomery’s Anne of Green Gables. And because Anne is a character so many girls can relate to, we thought it would be great to give every girl a chance to actually BE ANNE. That’s why we’re opening up the casting search to girls around the world, from professional child actors to discovering new talent who believe they have what it takes to be the new ANNE. We can’t wait to see who we find!”
For more information on how to submit an audition tape or attend one of Canada’s Open Casting calls, go to:www.theannesearch.com
This weekend is the kick off for Toronto’s Open Casting Call Auditions
Saturday, May 7 & Sunday, May 8
Milestone Casting Studio – 400 Eastern Ave, #201a
9:30am doors open, 10:00am auditions start
Executive Producer / Screenwriter Moira Walley-Beckett (EMMY AWARD WINNING WRITER OF "BREAKING BAD"; "FLESH AND BONE") will be in attendance.
SOCIAL MEDIA LINKS:
Twitter:  @theannesearch
Facebook: www.facebook.com/theannesearch
Instagram: theannesearch
Posted by Funky Frugal Mommy at 12:54